Last month I was able to visit the Ham Radio 2014 hamfest in Friedrichshafen, Germany along with some of the Camb-Hams, this HamFest is dubbed as being the largest amateur radio hamfest in Europe and compared to the UK it certainly is spanning 3 large halls packed every pretty much everything you need for the shack this year it there was also a Maker World taking place in a fourth hall on the Saturday/Sunday. 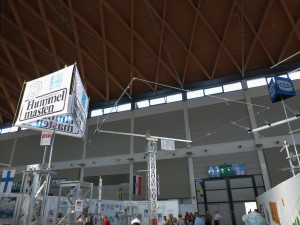 On display and for sale was pretty much everything you might need to purchase for your ham radio shack, but not only that its a great time to meet up with friends from across Europe for a chat and a beer or two.

Although I didn’t really need that much in the way of purchases I did get the few bits I did require in the way of large purchases but did pick up powerpole items, a bias-t as i’m too lazy to make one and also a impulse purchase in the form of a battery powered soldering iron. 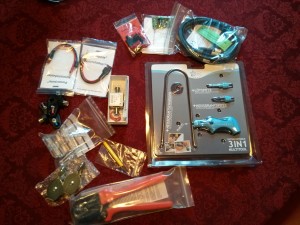 You can see more photos from the trip at http://magicbug.smugmug.com/Amateur-Radio/2014/Ham-Radio-2014-Friedrichshafen