Expedition to the Isle of Lewis (GS3PYE/P) 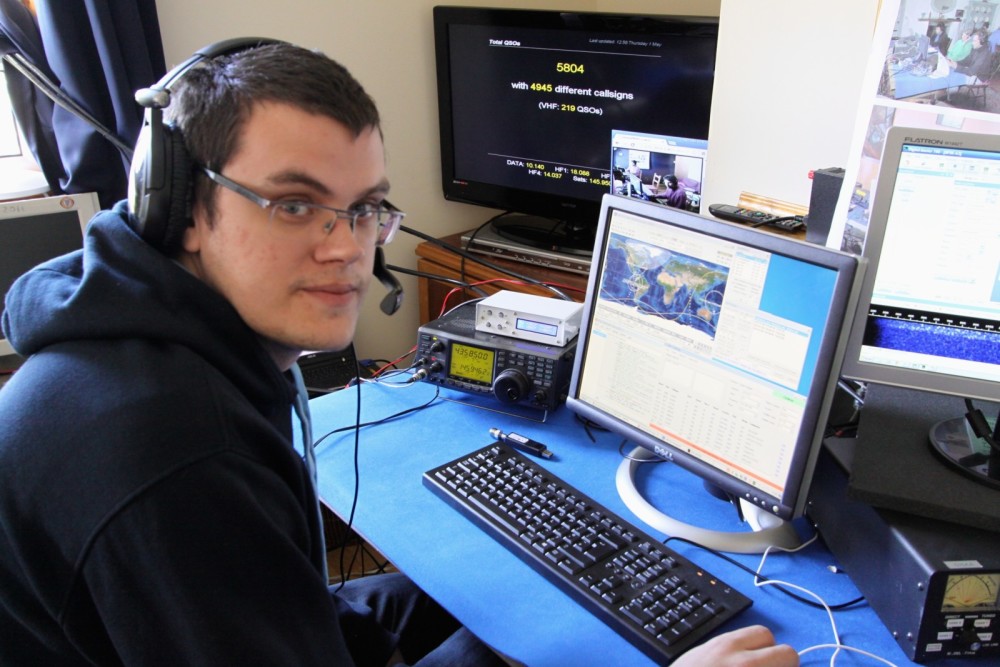 April the 26th to May the 3rd saw the annual Camb-Hams Expedition to a Scottish Isle, this year it was the old Decca station (QRA: IO68ul) on the Isle of Lewis which is in the village of Lionel which sits on the extreme north western tip of the island, the actual trip for me started on Thursday (24th of April) with a coach trip from Oxford to Cambridge but typically after saying on social media that the coach never breaks down, karma poked its head up and saw me having to change to a town style double decker bus at Bedford which isn’t much fun when you’ve luggage & made worse when you’re over 6 ft tall and they haven’t heard of the word legroom, never the less we arrived in Cambridge on time to be met by Rob (M0VFC) at the Park & Ride.

After a catch up we finished the evening doing some last minute items like fixing the server we use for the logging database/internet sharing and other tasks and a 60m BPF ready for the heading off to Fort William the next day, thankfully on the Friday we made it to are overnight stop at Fort William for a bit of quick shut eye before carrying on to Uig on the Isle of Skye to catch the ferry to Port Tarbett on the Isle of Harris.. Thankfully the long hours on the road was passed by interesting discussions and playing around on 17m mobile which produced some interesting QSOs including OD5ZZ, W1AW/1 and numerous European stations.

After a bit of a choppy crossing on the Ferry, a stop in Stornoway to do some shopping at Tesco we arrived at the Decca mid afternoon and quickly started assembling the station, we decided to have three stations one that comprised of the HF1 covered 80m, 40m, 20m, 15m, 10m then HF2 which housed the WARC bands, HF Digital Modes and the automated satellite station, the third station Flossie was setup for 6 & 4m plus EME. all stations were linked together using networking gear and with our own internal dashboard and webcams each shack was able to see each other in real time. 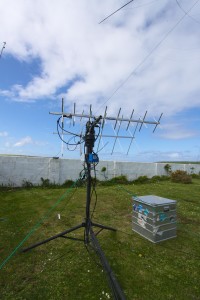 By late Saturday afternoon we had a couple of stations up and running with the Satellite station putting the first QSO in the logbook at 18:03 OM3WAN, EA7IRU, F8BSY and PB0AHX were worked via FO-29 providing that the new automated satellite station was working perfectly, this was a little different to normal where on the last couple of trips to the Isle of Mull we operated satellites using FT-817s and Arrows this time we had a much nicer system brought along by Bob (G1SAA) comprising of:-

This setup worked flawlessly the whole trip, in fact we only had one issue and that was once the satellite station laptop power supply warmed up it produced S9 of QRM so that had to be swapped out for a Atom Mini computer but the setup was soon on the air again, however during the week we managed to work around a 100 QSOs via FO-29, AO-7, VO-52, SO-50, AO-73 and also Lituanicasat-1 which was a nice surprise.

Some noteworthy QSOs being

Due to the location at the Decca we had a reasonably good clear view to the west all the way down to zero degrees, this made working low passes across the atlantic straight forward and we picked up a number of QSOs with Canada and North America. 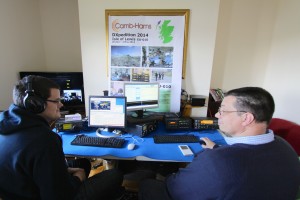 The HF stations comprised mostly of Elecraft K3s along with KPA-500 amplifiers apart from one station which had an Expert amplifier however they all worked well, antennas comprised of a monobander for 15m, spiderbeam for 20 and 10m, along with a 10m vertical, plus dipoles or verticals for the WARC bands. 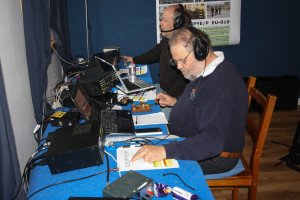 Anyone who was monitoring the online log would have spotted the QSO count was lower than normal we put this mostly down to us all at some point during the week coming down with colds (Lewis Lurgy) and the fact we was so far North.. at times 40m was a struggle and with the high noise on 80m being a constant S9 it made working stations very difficult saying that cover the course of the week we managed to put 8965 QSos in the logbook. 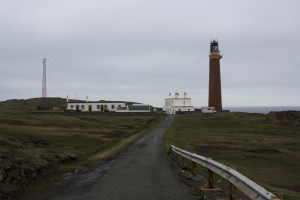 Of course although its great to to explore the Isle to see what it has to offer, this included walks up to the Butt of Lewis lighthouse, an afternoon in Stornoway plus an explore around the Port of Ness, Eorodal & Sgiogartaigh.

You can find my photographs from the trip at http://magicbug.smugmug.com/Amateur-Radio/2014/Isle-of-Lewis/