I remember the launch of Arissat-1 well, like a proper geek, I’d connected my laptop into the television in the lounge and had Nasa TV playing full screen and I sat glued to the screen all day watching as they moved the satellite out, noting how much of a beating it seem to take. Then noticing along with everyone else that the 70cms antenna was missing and they delayed the launch to investigate, even though no outcome arrived they still launched later in the afternoon. 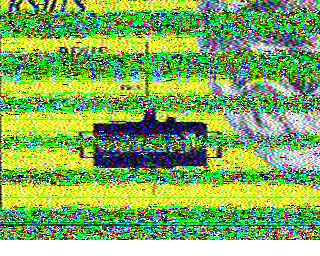 After getting the first SSTV image over the UK at 3am on the 4th of August, I was hooked and most passes listened and accessed the transponder when it was in sunlight, my first QSO was with Gavin (M1BXF) on the 22nd of August 2011, this was a pre-arranged and we both noted how good the signals where even for a short antenna on the satellite.

I then had further success having QSOs with DG0ER, GW1FKY, LA1BNA, IW4BIF, DG1EA, PD0RKC, what I did notice was how quiet the transponder was which gave me the impression lots of people didn’t bother trying it, but the day before it de-orbited I was able to speak to Ken GW1FKY on 3rd January 2012 at 15:20 I think this might have been at least the last QSO from the UK via the satellite. 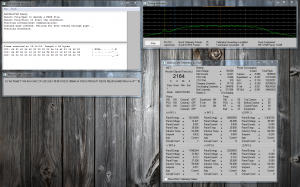 Not only was there the transponder, voice and SSTV beacons but telemetry which could be decoded using the freely available software. I didn’t spend too much time getting this data but successfully decoded lots of packets using the IC-910 and the Funcube Dongle.

Overall a successful mission it looks like lots of hams listened to the beacons available and decoded lots of images, I just hope it’s the first of many satellites kicked out of the ISS!