Suspect it came as no surprise that I have been rubbish at getting shack reports written and skipped a month or two (oops) I guess one good thing is that I have been doing radio. I’m pleased to report I’m still alive, Molly (my 1 year and 10-month old toy Yorkie) & myself have been making the most of the summer weather and commercial works been ticking along nicely just the way I need it.

This month saw my birthday on the 5th of August when I turned 33 years old, I declared happily on Twitter that I had survived my body trying to kill me this long that I must be doing something right, I had a lovely quiet day doing some satellite passes and a dog walk.

Even though the weathers been nice, there hasn’t been much in the way of shack/antenna changes, although with the help of Dave M0GIW, I’m getting closer to getting on to QO-100 with all the cool kids. I have to admit, I’ve not rushed, because building the dual feed was a bit out of my comfort zone with health but also the fact it just seemed a bit too easy after setting it up.

That said with winter approaching, I thought it might be a good way to kill time at night or when the weathers so bad that I can’t move my LEO satellite antennas.

I planned to use a LimeSDR but that has now changed and I think I might just use a Pluto SDR as that seems to work better remotely with SDR Console.

I’m on the waiting list for a 13cm 10w PA that Arved M0KDS tweeted about, this should give me plenty of power for the narrowband transponder with a 1.2m dish.

This month, I launched a Patreon account this came about after a chat with Paul, M0TZO as I was trying to figure out the best way to perhaps be able to spend more time on things like Cloudlog during the working day – rather than evenings when healths poor usually.

After a 15mins we had a profile set up and after a couple of tweets, I had 5 supporters, its currently sitting at 13 now at only just over 2 weeks which is far more than I expected and is quite humbling.

As a Patreon you get a range of perks from mentions on open source product pages, personal thanks messages, weekly updates and the highest tier gets a fully hosted copy of Cloudlog. If Patreon turns out popular I’ll try to get some merch for some of the projects done.

On top of that, I’ve had several donations via PayPal and due to these combined, I can now spend a whole working day working on Cloudlog completely guilt-free.

Taking part in SARTG RTTY Contest wasn’t at all planned, it was during the 7 days my parents were down south visiting my sister so had the house to myself and not much else todo.

Rather than commit to doing an all band effort, I settled on doing a few hours on 40m, which actually turned out to be 2 hours 30mins of operating Saturday evening. 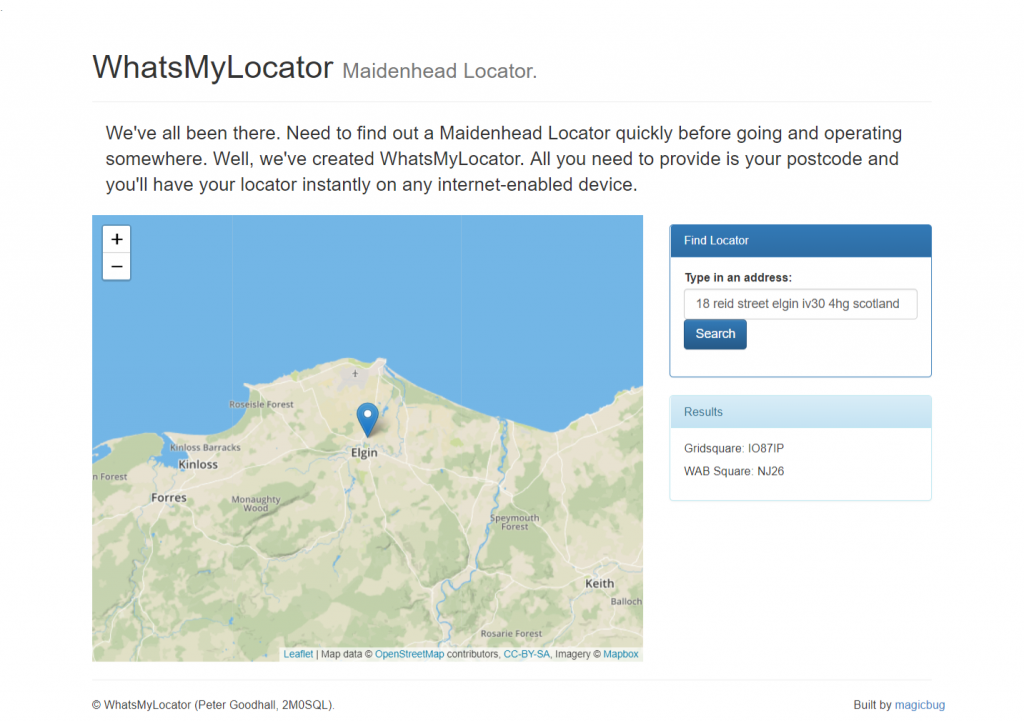 Since 2006 WhatsMyLocator has been providing the service of changing an address into grid square and then WAB Squares, of course during this time the web has evolved and the Google Maps API that we used came paid.

Sadly this is an issue due to the amount of traffic the website gets and I don’t want to plaster it in advertisements, the solution was to change WhatsMyLocator to OpenStreetMaps and a new Geocoder both which are free which means I sleep better not worrying that it will generate a huge bill at the end of the month.

The only difference users will see is the maps look a bit different and when you type an address it doesn’t automatically correct it, I’m hoping that feature will return in a future update.

Much to my surprise, I’ve already passed last years QSO total by 239 QSOs, I’m hoping this means that I’ll easily pass the 2500 contacts mark by the end of the year.

I need to put some more effort into trying to get on for HF Contests, which would boost the numbers a lot. I’m hoping to take part in CQWW RTTY which will probably be a single band effort for a few hours. 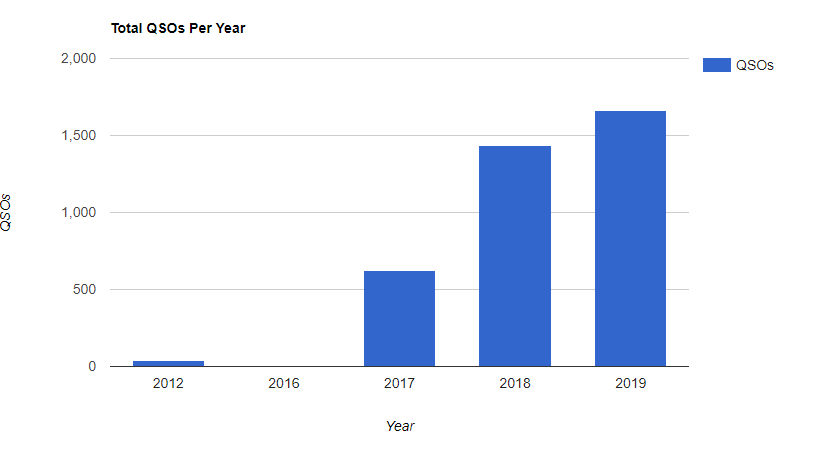 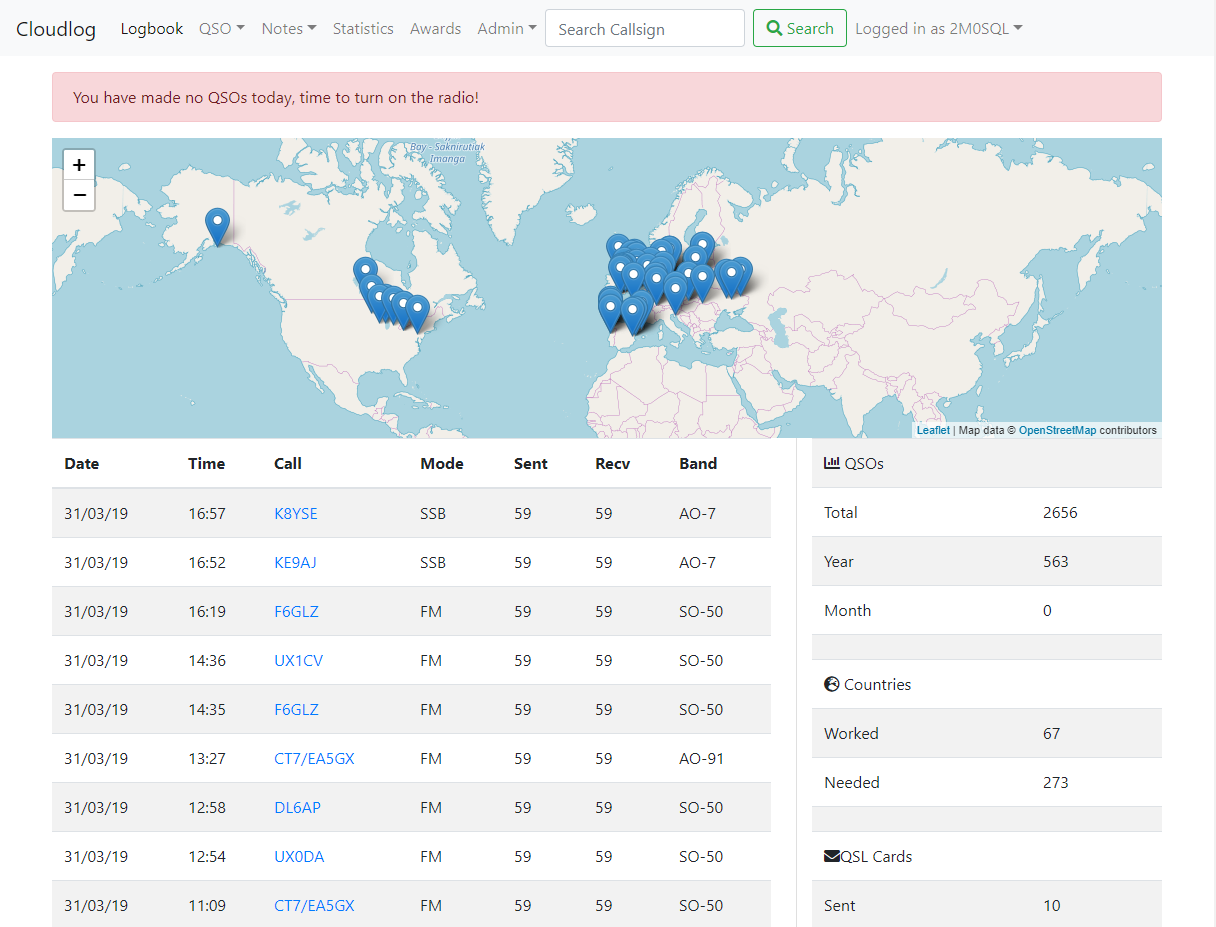 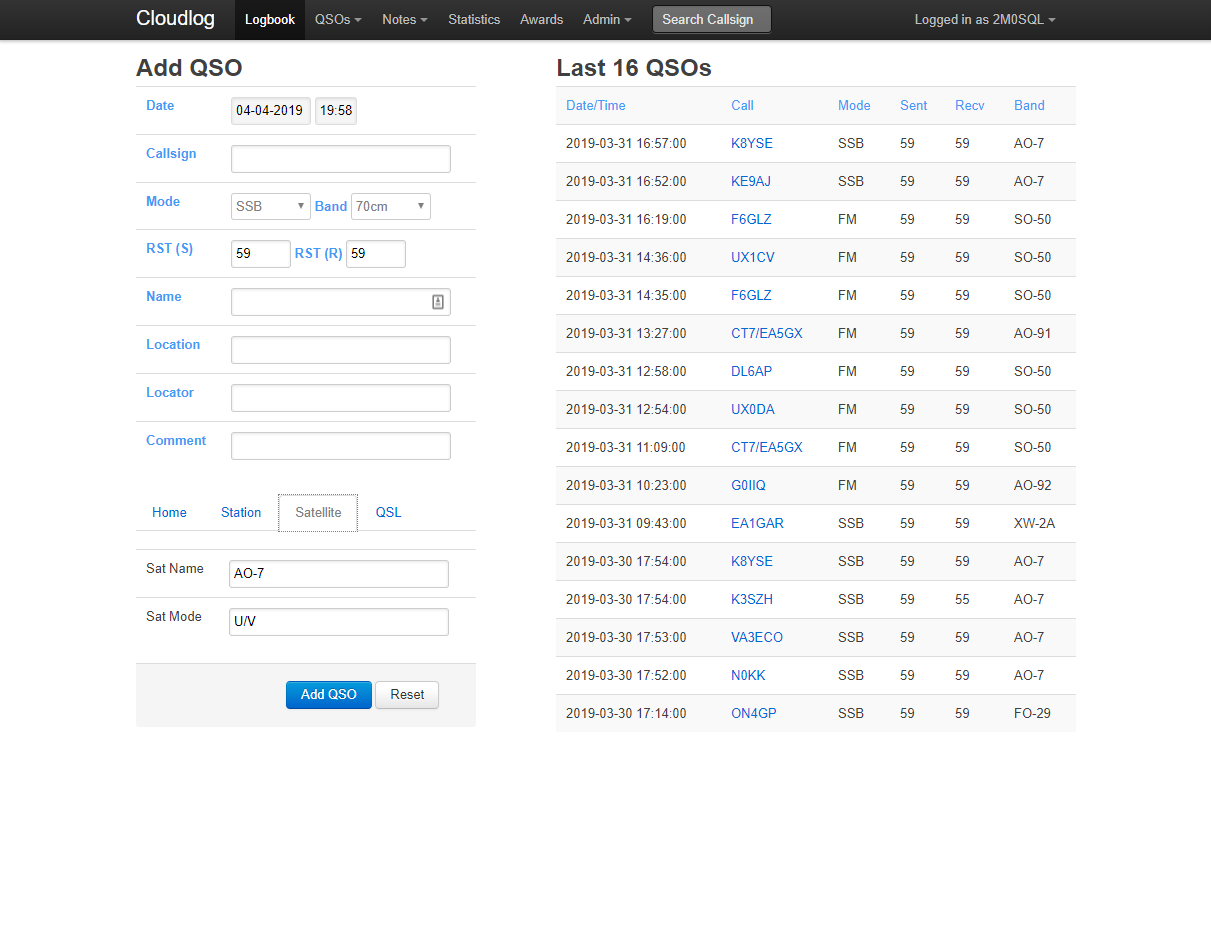 Some perhaps aren’t aware that for some time now I have been making my own logging application called Cloudlog, but instead of it running on the desktop it runs on a web server and you use it within the web browser. This is then supported by a number of desktop applications/scripts that do rig control.

Extracts from the logbook

Not a huge amount of new squares, but did snag some new DXCCs and also grid squares so that’s never bad, let’s delve into some of the more interesting bits.

Worked CY9C on the 5th of August at 14:08z via AO-91 on a two-degree elevation pass, this not only was a new grid square FN97 but also DXCC Saint Paul Island, was pleased to get this in my logbook, last QSO with CY9C was a few years back at the old QTH in Oxford, England.

Jerome F4DXV has been roving while on holiday and this meant picking up some new squares CT7/F4DXV in IN60, IM58, IM59 and EA/F4DXV in IN82

FO-99’s Linear transponder was once again activated on the 24th of August for one orbit over Europe, this was per the teams released schedule on Twitter.

I made sure that I reminded everyone to maximise QSOs and it worked at 10:14z it came up over the horizon and I worked G0IIQ, PE1NIL, EA5TT, IU2EFA and IW3HRT.

It’s disappointing that the satellite isn’t on more but the team have said on Twitter that they hope to release it again on some orbits in September and October fingers crossed!

Much to my surprise FO-99 transponder was on again on the 31st of August, Dave G0IIQ sent me a message on WhatsApp and we had a qso on the 12:22z pass, it was low at 8 degrees elevation for me and 2 degrees for Dave but we both reported hearing each other at well over S5.