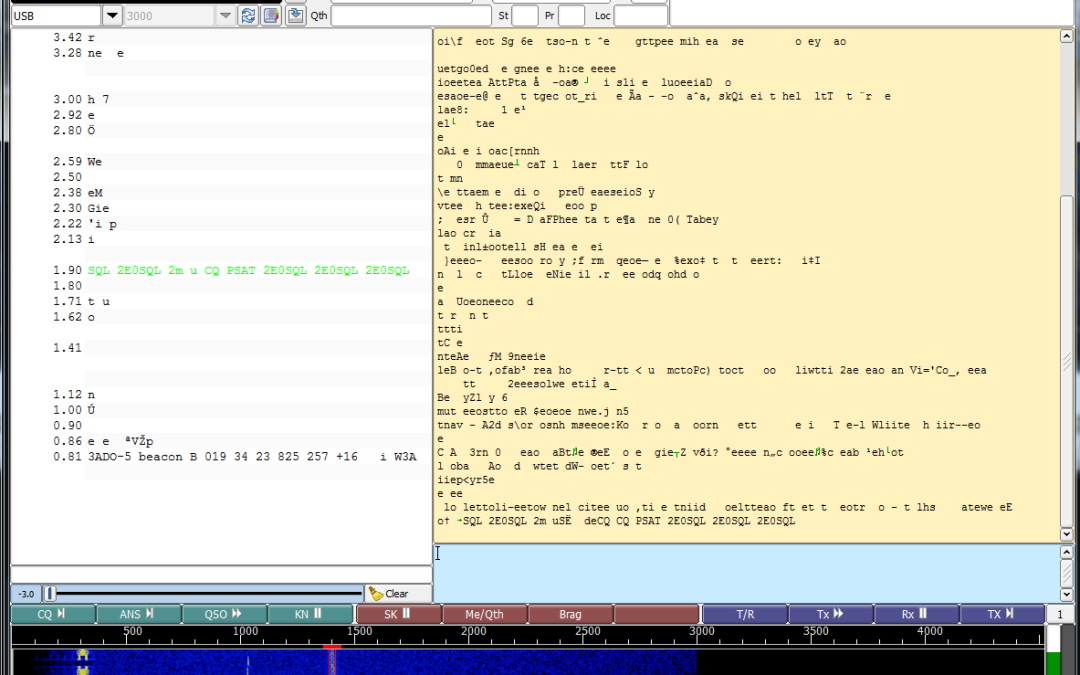 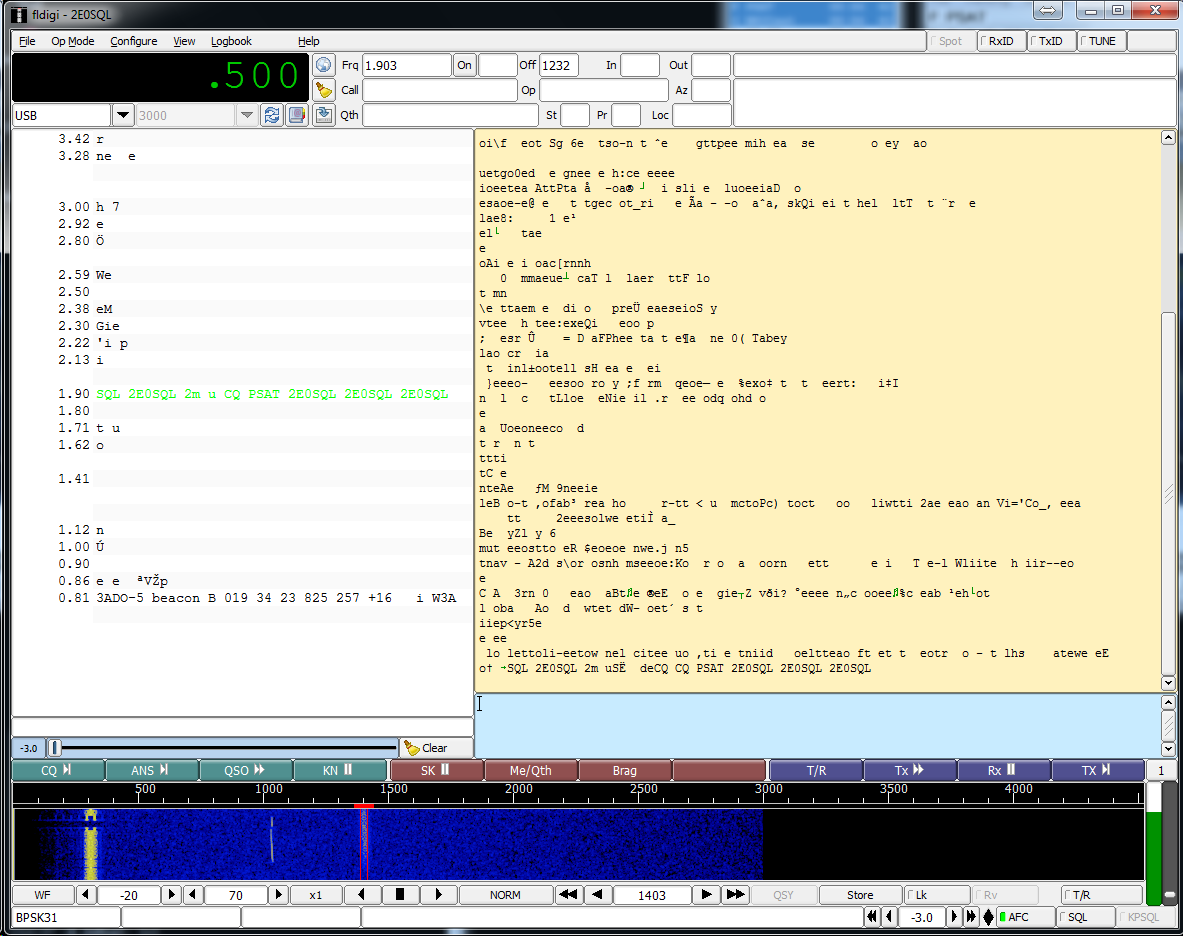 On Wednesday the 20th of May while away on the Isle of Mull, another group of satellites got launched into space, included in this military launch was PSAT a satellite which has onboard a APRS digi on 145.825 but a PSK transponder with a 10m uplink and 70cms downlink which has been activated it’s recommended that only 25w is used on the uplink while it’s tested so on bank holiday Monday & Tuesday I started to test to see if I could hear it.

For the uplink I was using a 10m dipole, however I noticed it was tricky to activate the transponder, so I decided to lash together a 10m GP out of bits in the shed, so armed with a small fiberglass fishing rod, wire and a dipole centre I knocked up a tuned antenna for 28.120 all for less than £10 bargain!

Tuesdays passes arrived and it was it was a noticeable improvement I could see my signal on the 70cms FM downlink with ease and decode it using the 10m GP and switching to the dipole when the pass was nearly right above me, which is very encouraging and only needed 10w of power.

Sadly I’ve not managed a QSO yet but encouraged to be able to decode my own signals its only a matter of time, especially once we get the exact tracking elements for the satellite.

You can have a listen yourself the satellite frequencies are

Also launched was BRICsat which has a similar transponder to PSAT however its yet to be heard but hopefully in the coming days it will be recovered and brought back to life.